Just a couple of things to show you, but I'm very pleased with one of them, enough to risk ruining my manicure to get it looking how I want! First of all a couple more books to add to the collection, both from the local hospice shop and 60p and 30p respectively. Both are from the 1960s. 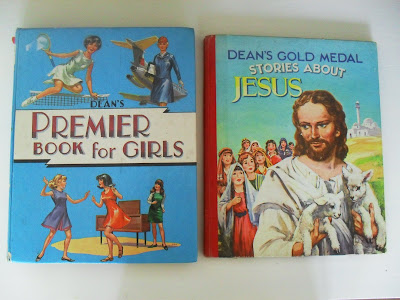 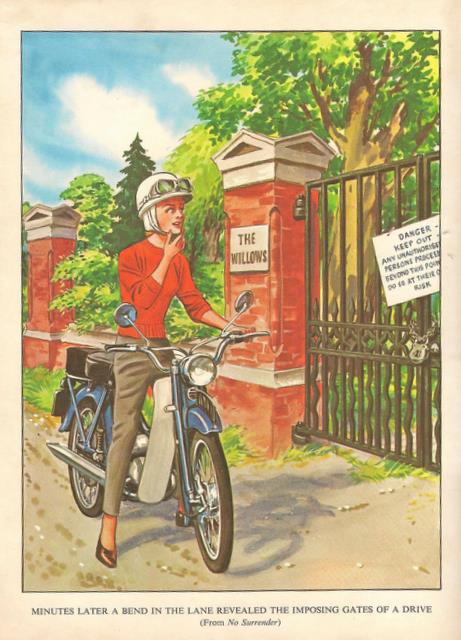 Super stylish heroine
As well as exciting stories like 'Chewing Gum and Sheep' (makes you want to read on, doesn't it?), Dean's Premier Book for Girls also has several craft projects, from making your own pot-pourri to creating a groovy 'trinket tree' out of swizzle-sticks! I thought that the big patchwork resurgence was very much a 70s thing, so maybe the readers of this book were the early adopters of the craze - learning as teens and continuing to make everything out of hexagons as they set up home a few years later. 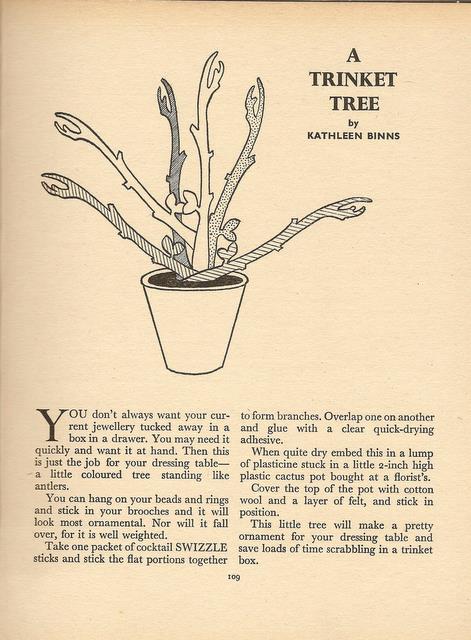 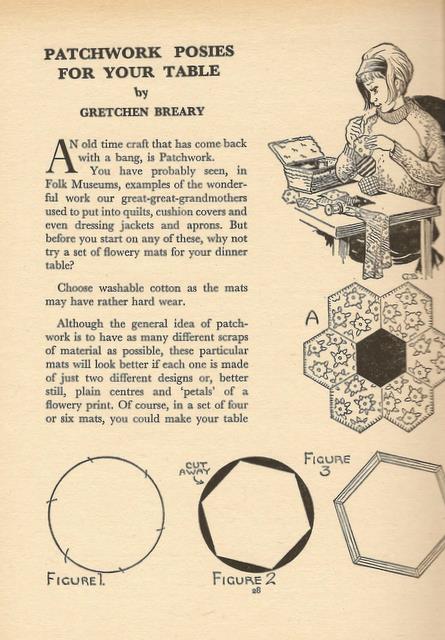 Cath Kidston's new book wasn't quite what Jane had expected...
These buttons were from a car boot sale, they appear to be real snakeskin and I have no idea how old they are or what I'll do with them, but they just caught my eye! 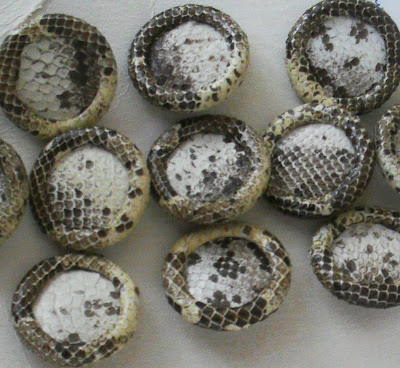 Scaly
Finally, we went to Dulwich village on Saturday (a well-heeled kind of area, nice independent shops and a few market stalls like a one street Portobello) and had a wander round with the kids. They have limited patience for shopping, although Boy1 found a Ben10 DVD in the hospice shop, so I rewarded his rummaging and bought it for them. He also enjoyed coming into a make-shift changing room made of blankets in the market, where I tried on a 50s dress and he wondered loudly whether it felt strange to be getting undressed outside.

Down a side street I discovered a very nice vintage shop, where his brother decided to show us up by bellowing "I'm going out now, it's too SMELLY in here!", right in front of the owner. It wasn't even bad, just a little musty - they sold bric-a-brac rather than clothes. She didn't seem too offended, and I redeemed our family by buying a printers' tray. I've wanted one for ages, as my earring collection is outgrowing its current home in a cigar box and I've seen fantastic makeovers to turn them into jewellery storage. It's a bit cobwebby, but not too filthy, and should clean up nicely. I just need to sand it, wax it, maybe add some backing paper and buy and somehow screw in a gazillion little hooks... 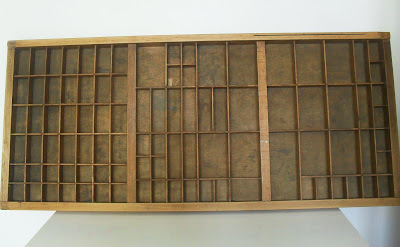 Or I could fashion something out of swizzle-sticks...

Finally, check me branching out into beauty blogging! This is my somewhat lame attempt at the classic 'swatch' shot to show off a nail varnish colour, and I thought I'd share it as it was a win. Special K is probably the most expensive breakfast cereal on the market, and I usually buy the supermarket's own version, but as they had a promotion running to win a limited edition Nails inc polish, I bought a box so I could enter. [My Nails inc obsession is well documented]. They're giving away 100 every day, so the odds are pretty good - I won first time! It's a really beautiful classic stand out red - well worth adding to your collection. And there's a blingy lid too, for the magpies amongst us. [Er, that'd be everyone, right?] 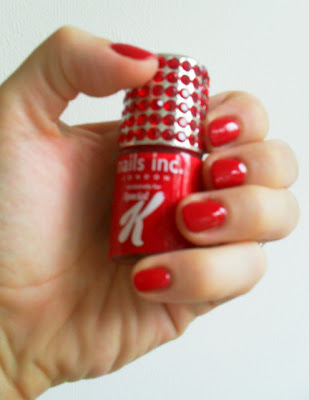 I'll spare you the picture of my matching pedicure.
Lakota x
PS. Check out my Facebook page, I'll be running a giveaway on there soon.
Linking up to Flea Market Finds
Magpie Monday
Thrift Share Monday
Nifty Thrifty Tuesdays
Posted by Lakota [Faith Hope and Charity Shopping] at 07:15