Hiya, here's the third in my mini-series of ultra quick puddings you can make at the last second when you've been on the internet all day. The other really good thing about it is that it's another one of those recipes that uses up that squishy banana that's been languishing in the fruit bowl since the beginning of time. Seriously, you can even use that one with fruit flies circling it like vultures. The one that's completely black and scarcely recognisable as as a food stuff. [Yeah, it's amazing I wasn't picked up to write for the Waitrose magazine isn't it?] In the interest of full disclosure, I don't even like bananas in their regular guise - and only eat them in something. For example - milk, yeeuch. Banana, bleugh. Banana milkshake?  Lovely. Yes, I know. I'm complex. Anyway: 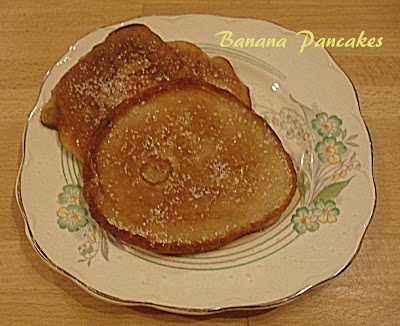 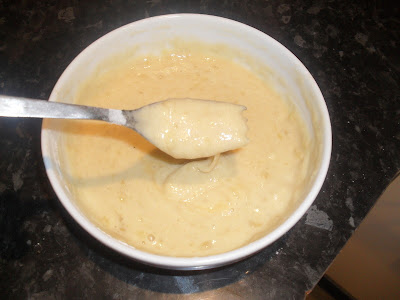 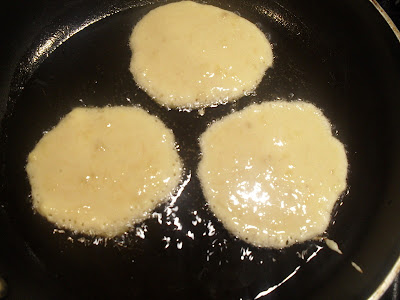 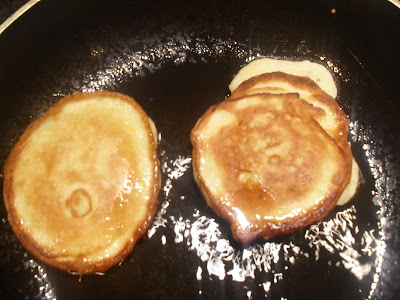 The one on the right wasn't quite cooked enough to flip and went splat. It doesn't really matter though, it'll still taste good.


In the unlikely event you have any left over, they're also good cold for the kids' lunchboxes. 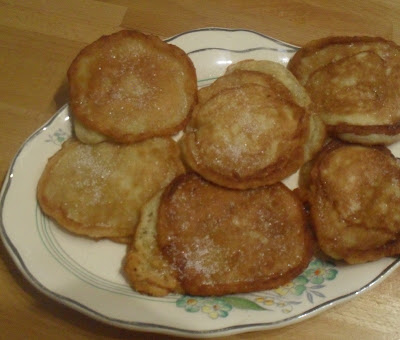 When I have more time and baking inclination, I usually use up squishy bananas in a banana walnut loaf, but I recently saw Alex's post with the recipe for Banana Gingerbread Loaf, which also sounds delish.

What have you been up to? Link up as usual below.


PS. Those of you who were flummoxed as to the whereabouts of the devil in my last post - you need to look at her shawl. The fringe forms his beard and you can see his mouth in one of the creases and an eye made of blue paisley. Admittedly it looks more like Big Ears (from Noddy) than Satan to me, but hey - that's how the story goes and who am I to question it?
Posted by Lakota [Faith Hope and Charity Shopping] at 10:00