From Russia with love...

My husband has been working away quite a bit recently - and when I heard he was going to Moscow, well, what else could I ask him to bring back? Yes, Matryoshka dolls. [Shame on you for thinking vodka. I have plenty of that]. He was able to meet up with a good friend of ours who lives there, and whilst she was rather scathing at my desire for 'traditional tourist tat', her assistance did mean that he was able to get a good set without paying the sky-high price he would have been charged as a non-native! I have actually been to Moscow myself some years ago, but foolishly gave all the dolls I had bought away as gifts, without keeping any for myself. Anyway, here is the set he chose - there are ten in all, and the smallest is only 6mm high! Aren't they lovely? 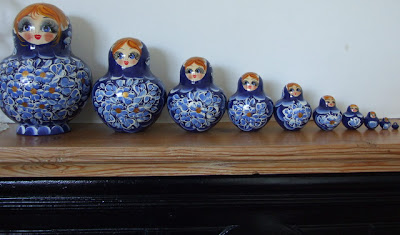 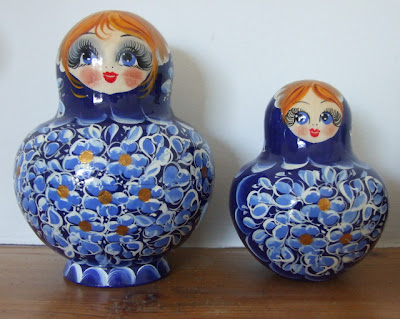 The two largest and most glamorous ladies 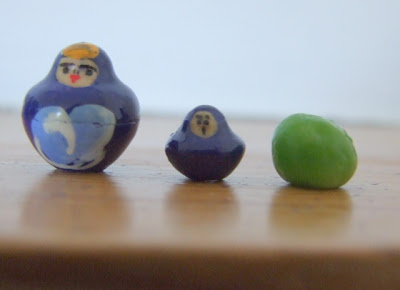 Weeniest miss in giant pea shock
He also brought back these on Elena's recommendation - I don't know what they're called, but they're fresh cranberries in powdered sugar - like a bonbon, but with a fruity burst in the middle. Sounds odd I know, but they're amazing. There's not much better than discovering a sweet that gives you one of your 5 a day! 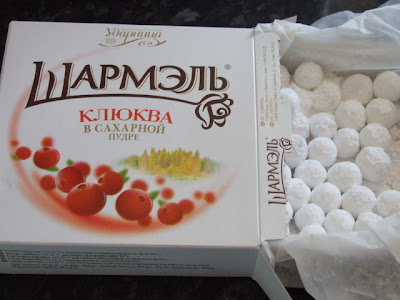 The week before Russia he was working in Barcelona, and he treated me to these lovely silver earrings. Very well chosen I thought, although of course I'd rather he didn't have to go anywhere (or at least was able to take me with him). 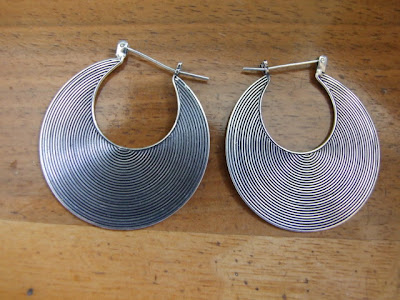 Finally I need to say a big thank you to one of my earliest followers, Carole, who read my moan about disappearing crochet hooks and very kindly sent me several. I promise to look after these ones!﻿
Posted by Lakota [Faith Hope and Charity Shopping] at 08:24