I got a new phone recently. It's a smart, um Galaxy android, er thingy with added finger prints. Yeah, touch screen. Great. Another thing besides my children to look smeared and reproachful. Anyway, instead of using my phone like a normal blogger and getting obsessed with making my dinner look like it was cooked in 1973 - I have instead become addicted to trying to make the voice recognition software understand me. 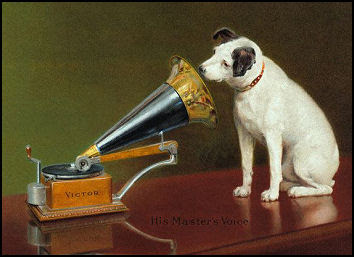 Is this thing on?


Unlike Siri on the iPhone, this voice recognition doesn't do anything as advanced as answer questions. It's merely another way to send texts. You can type each letter, have predictive turned on, 'swoosh' with your finger over the keypad - or, simply speak your message into the microphone. What could be easier? Ha!
[My accent is apparently deemed 'posh', despite my being born and brought up in the Welsh valleys. I don't speak like the Queen or anything though, honest. Think more reader of Jackanory back in the day. But with added swearing.] To my mobile however, it appears I'm as incomprehensible as Rab C Nesbitt is to anyone outside of Glasgow.

So, check out these opening lines to classic and popular literature and see if you can guess what they are. I'll put the answers and the actual extracts at the bottom of the post.

1. "If you really want to hear about it,  miss a thing or pub tonight if I was born, I love child with like, how my pants off I dunno if I have me know what days."

Er, right. This was my first attempt. Sounds like Underworld lyrics. I decide to try again and things go completely Eddie Izzard.

This is not quite how I remember the much lauded coming of age novel about an American adolescent. Let's try an easier one.


2. "Nicholas deadly, of number 4 privet drive, how to say thank you. Super cala fragilis expect involved in a thing pringle mysterious, because it is the deposit"

Ok, so it got the vital identifying address. But the rest was pretty muggled. And I'm sure that's someone else's spell.

This does actually sound like a book precis. Just not the right one.


4. "Last night I dreamt I went to Manderley again"

Whoop! Success at last. Anyway, you've hooked me with that opening line Daphne, what happened next?

O-kaay. We'll keep your idea on file Ms DuMaurier. Thanks for coming in!

5. "Nuttin much does a hair dye - Eritrean enough in the last few months - even if I had not much is it like this."

Not a book about an African girl's struggle with her unruly locks. But hugely popular nonetheless.

How did you do? It's not just me who has these issues with technology, right? Have you got this on your phone? Have a go!

"If you really want to hear about it, the first thing you'll probably want to know is where I was born, and what my lousy childhood was like, and how my parents were occupied before they had me, and all that David Copperfield kind of crap, but I don't feel like going into it."
The Catcher in the Rye

"Mr and Mrs Dursley, of number four Privet Drive, were proud to say that they were perfectly normal, thank you very much. They were the last people you'd expect to be involved in anything strange or mysterious, because they just didn't hold with such nonsense."
Harry Potter and the Philosopher's Stone

"It is a truth universally acknowledged, that a single man in possession of a good fortune, must be in want of a wife."
Pride and Prejudice

"Last night I dreamt I went to Manderley again. It seemed to me I stood by the iron gate leading to the drive, and for a while I could not enter, for the way was barred to me."
Rebecca

"I'd never given much thought to how I would die -  though I'd had reason enough in the last few months - but even if I had, I would not have imagined it like this."
Twilight
Posted by Lakota [Faith Hope and Charity Shopping] at 09:28

Email ThisBlogThis!Share to TwitterShare to FacebookShare to Pinterest
Labels: books, crazy, me me me