Magpie Monday - How to be beautiful

Just a quick Magpie Monday post to show a few books I've found recently. This Warne's Pleasure Book for Girls was published in 1933 and makes a nice addition to my collection. It was £3.00 from a charity bookshop in the Lake District. 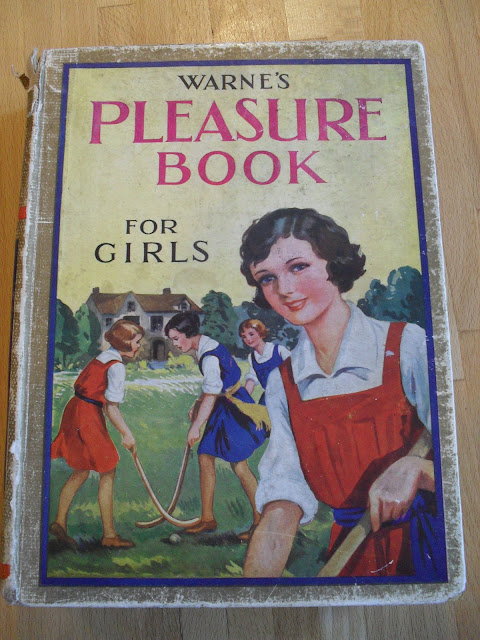 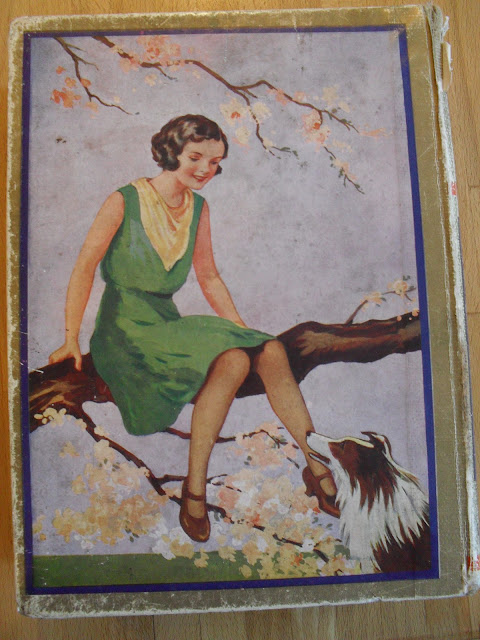 What's that Lassie? Gertrude's fallen down an abandoned well?

The stories include 'The Unlucky Hockey Stick', 'Barbara's Speed Boat' and 'The Queer one of the Family' and suggest the usual mix of school shenanigans, high drama and unintentional hilarity.

I also found this 1988 Bunty annual for 40p, which contains a rather alarming story about a group of school boys attempting to obtain their (foxy) matron's vital statistics so they can buy her a new dress. When they're not hiding in her wardrobe, they're 'accidentally' bumping into her so that someone can sneak up on her with a tape measure! It's all a bit Benny Hill. 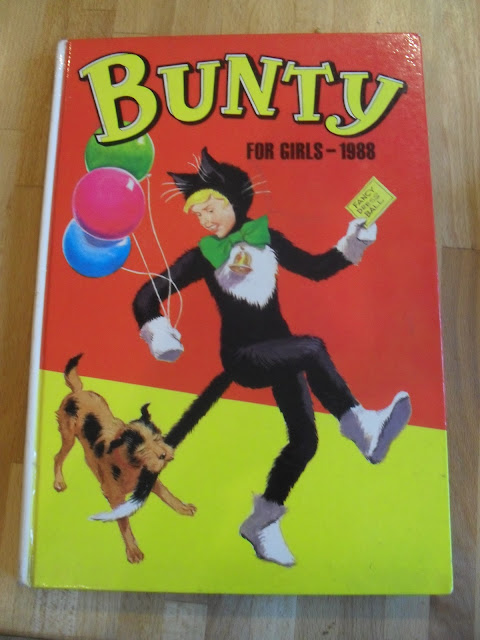 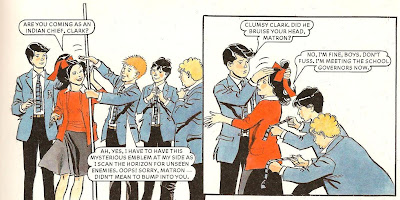 Finally a few extracts from a book I found at a carboot sale. It's called 'What Every Woman Should Know', and is a collection of clippings from the Daily Mail of the 1930s. 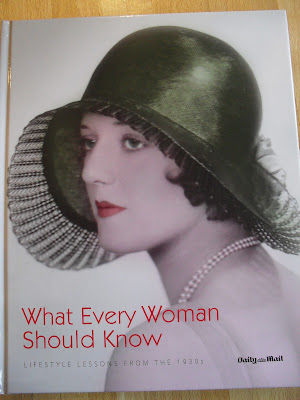 Liz Jones: how to look snooty

There are plenty of handy household hints -  "sour milk makes a good cleaner for gilt picture frames" - recipes, and indepth analysis of the latest fashions; "blouse jackets are trumps for Autumn". I think my favourite part is the beauty pages though - woe betide the fashionable 30s woman who attempted to wear the latest 'tip-tilted hats' with 'the least suspcicion of a double chin' or with 'sagging cheek muscles'. Charming phrases such as 'bingo wings' and 'cankles' had yet to be invented, but it seems there was no shortage of imaginary flaws to focus on. Do you know anyone who suffers with "that fleshy lump at the back of the neck that is so disfiguring"? If contorting yourself between two mirrors proves that you are indeed afflicted - don't worry. 'It can be eradicated by the right exercise'. 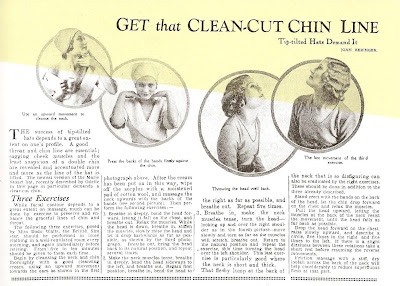 If your face is OK but your figure lets you down - why not take up ice skating this winter? Personally I don't know anyone who puts on 8lbs in the summer which they then  lose in the winter - salad vs stew, I don't think so - but if this is your problem you'll be pleased to know that 'as you skate the flesh is actually massaged away between hips and ribs'. 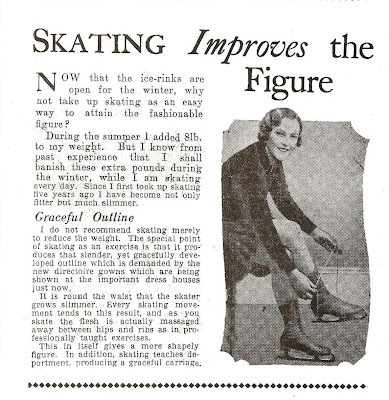 Sadly I don't have much time for daily skating - am I doomed to be fat? 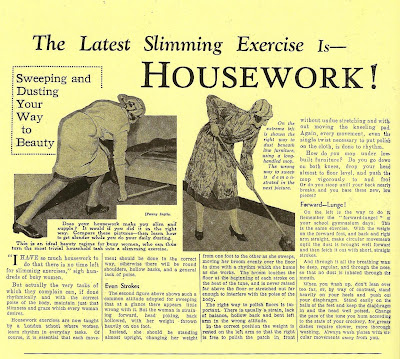 Posted by Lakota [Faith Hope and Charity Shopping] at 13:09