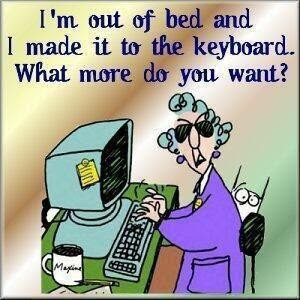 Happy New Year, Blwyddyn Newydd Dda, Selamat Tahun Baru and all that jazz. Hope you all had a great Christmas and new year break - I've pretty much been offline for 10 days and somehow managed without Facebook, Twitter, blogging and knowing all the ins and outs of the Katy Perry / Russell Brand divorce. In fact, once the palpitations and tremors subsided, the hiatus from the keyboard was surprisingly refreshing. I almost considered resolving to cut down on my screen time. [Reading the entire Hunger Games trilogy over the weekend on my kindle doesn't count] 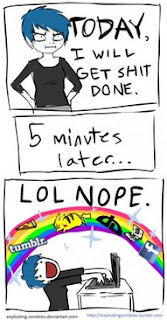 And then I thought...naah. January? The time of abstinence? It's bad enough that I'm not drinking and that stepping outside the front door requires wardrobe choices last made by Bruce Parry when he lived with the Inuit. My laptop gives me a connection to the wider world and warms my legs. It's win-win. Once this hellish month is over I will be able to properly address goals for the year. Such as the fact that I do not have a 'signature beauty look' and still poke myself in the eye on the rare occasions I attempt to apply mascara. Also, that my clothes have mysteriously shrunk and the scales are not my friend. [We're at that stage in the fallout where we studiously ignore each other in the playground but are still acutely conscious of the other's whereabouts.] Oh, and debating the relative merits of 'cellulite' vs 'drinking more water'. Is it so bad to prefer water as nature intended it? With aspartame and caramel colouring and chemicals? And labelled Diet Coke? These are issues all better addressed when January is over. Sometime around mid May perhaps.

However, there are still foolish souls out there who insist on making life difficult for themselves. And yes, they're pinning away on Pinterest making the rest of us feel bad too. A quick browse of the boards reveals an awful lot of pins related to health and fitness. This is nothing new, there are any number of fitness freaks who do nothing but pin humourless motivational stuff, but it's definitely more prevalent at this time of year. 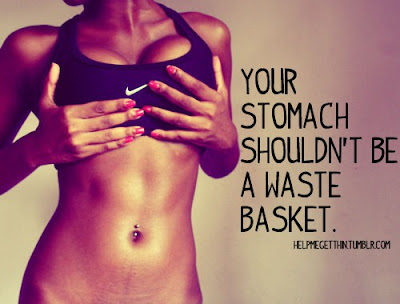 OK, but your boobs shouldn't be on a level with your shoulders either...

Yeah yeah, and someone fatter is eating 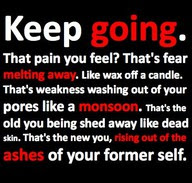 Sir! Yes Sir! [Although I'm pretty sure it's a stitch]
You can tell who the serious ones are - in addition to 'Fitspiration' pictures they also have boards called things like 'Inspirational Women' and 'Vegan Life'. The fly-by-nights have another board called 'Noms' devoted to a gazillion pictures of peanut butter and/or melted cheese related edibles. 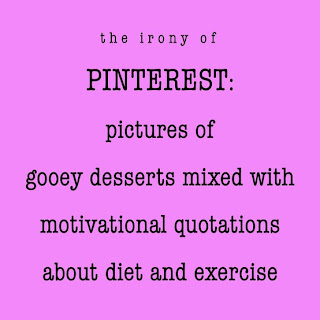 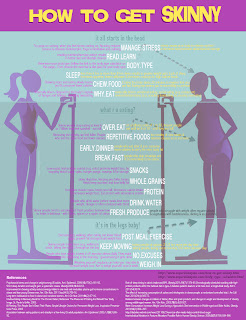 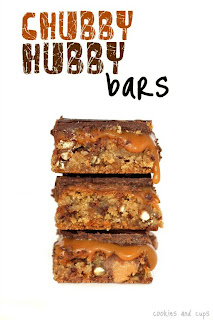 How to get skinny: Eat fewer of these
I love that the fact that the pinner of the above has a lonesome 'Health and Fitness' board in amongst the following:
Cookies...bars...brownies...yum
Candies...fudge, indulge
Butters, sauces and more
Desserts 2 Die 4
Cupcakes and wrappers
Frozen Desserts
Breads, Muffins and rolls
Puddings and Custards
Smack me with a SNACK
Life is like a box of chocolates
I'll drink to that
Is anyone else sensing the problem?
The same lady has a 'Bucket List' board of resolutions - formerly 'things to do before you die', though the annoying new phrase has become prevalent since the film of the same name. Her lists are more specific to particular seasons - eg. A Fall Bucket list with 'press leaves' [Woo, aim high before you shuffle off this mortal coil] but  the idea got me searching for other people's resolutions. They've been popular for a while on blogs in the guise of '30 before 30' style posts, and are now taking over Pinterest too. I'm working on one myself, but am not sure it's ever going to meet the dizzy heights of the bucket list I'm about to share. I should point out  that while an anthropomorphised giant rodent features heavily, this is an adult's list of goals, not that of a 5 year old girl:

It's a toss up between her and Selena Gomez apparently 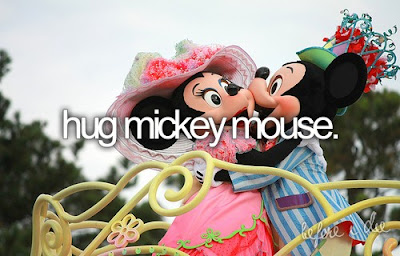 It's my guess that this is how you spend EVERY day, but it's always good
to have one thing on the to-do list you can tick off straight away 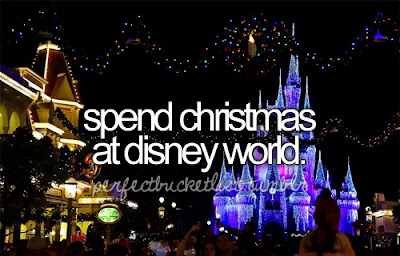 Hi, welcome to the Disney Store. Can I interest you in lining our pockets?
Gosh, however will you fit all this into one trip to Florida lifetime? What with taxing resolutions such as 'Own a pair of Ugg Boots' as well? If it wasn't for the fact that 'Have a Daughter' has already been ticked off, I would be convinced that she was reception age, as she has also tasked herself with 'Getting an ice-cream from the ice-cream Truck'. I'm pretty sure it's now frowned on to 'Ride a Dolphin' - unless this is an uncharacteristically adult American football team reference: 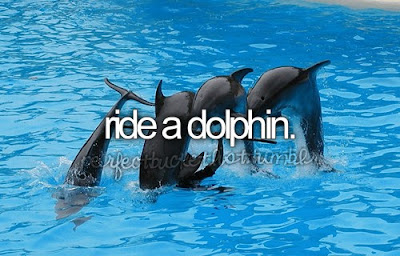 Giddy up Flipper! Let's go visit Ariel and Nemo
but she would 'die happy' if she achieves just one final thing of all the goals on her list. Having a book published and seeing the Northern lights are pretty mundane I guess. Maybe I should go for flightless bird fondling too. Yes, her main aim to achieve in life is to 'Hug a Penguin'. Was Happy Feet actually a documentary? 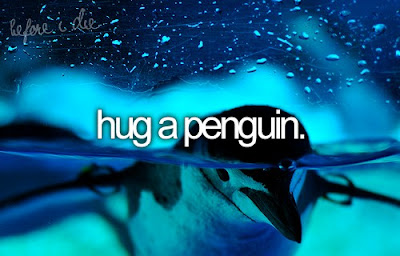 Get reconstructive surgery post facial pecking incident
But back to New Year resolutions. It's easy to make a list of of things you're going to achieve with three score years and ten ahead of you - but goals for the year ahead need specific focus. I searched '2012' and came up a number of rather alarming tattoo suggestions - if you're still undecided pinners, I'd vote no - and several boards with inspiring ideas for the year ahead. My favourite board was this one, simply titled 2012 and with just the two pins: 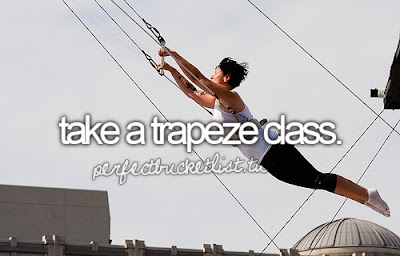 Yeah, a new hobby could be good... 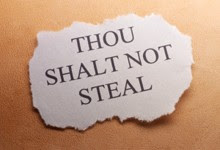 PS. If you need more stuff I've dredged up from the internet / the recesses of my mind, you could always check my Facebook page.

Posted by Lakota [Faith Hope and Charity Shopping] at 10:34

Email ThisBlogThis!Share to TwitterShare to FacebookShare to Pinterest
Labels: crazy, Not Pinterested, resolutions