In which we raid the lost ark

I was up in the loft yesterday - something I try to avoid - as Mr FHCS insisted we start sorting out the cardboard city up there prior to the move. [I'd prefer to just ferry the boxes unopened to our new loft, like we did last time we moved. It's cold up there, and there might be spiders]. However, it was worth it, because in a corner of the eaves and covered in filth, was this suitcase, presumably left by the previous owners of the house. Or their predecessors' predecessors. We'd never seen it before anyway. Obviously I spotted it and went 'oooh, what's that?' whereas Mr FHCS rolled his eyes and attempted to dissuade me from making him open it with dire mutterings about tarantulas and dead bodies and wasn't it too grimy to bother with? 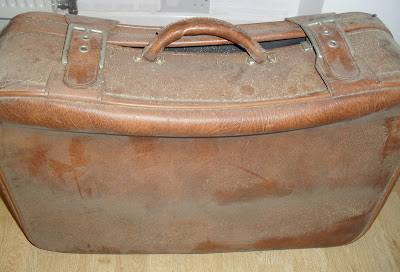 Grot of ages
It was a tense moment, but no bats or mummified corpses fell out a la Indiana Jones, just some rather anti-climatic bits of sawdust. Therefore I got my way and was allowed to take it downstairs to clean up. 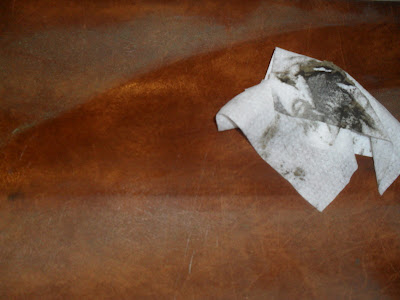 Baby wipes to the rescue once again!
I gave it a bit of leather spray too, although sadly I don't think it's actually leather. It's quite nice though, don't you think? Especially for free. 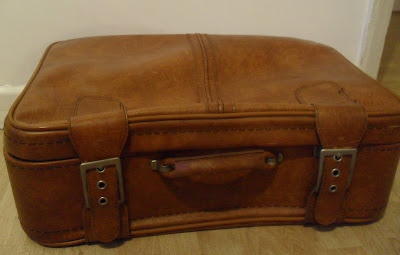 So now we have more to put in the removal lorry than we thought. But it comes under the useful heading as I can pack things in it! Score!