Sounds rather like the title of one of those dreadful poems that accompanies a Victorian picture of a praying infant, but is actually a craft magazine from the 70s. I found it for 20p in amongst a load of knitting patterns and it's too good not to share.


I love anything that gives you an insight into social history and popular culture of the time, and this mag was obviously right up to date with all the fashions of 1972. Check out some of the breathless commentary from the News! Extra! page:


"Patriotic or not, if you're in the fashion scene you'll know that red, white and blue is the colour way. There's a quartet of smashing tops to knit this month"
"With so much country air drifting through the fashion scene, with cream and butter coloured muslins and cheese cloth smocks, what could be more appropriate than a mass of brightly coloured flowers to embroider on a smock or dress?"
"Stop the presses, we almost screamed, when we saw the absolutely superb macramé necktie designed for us...very much the accessory now"
"We foresee a craze for appliqué in suede...Think of scarlet cherries on a beige suede jacket. Luscious!" 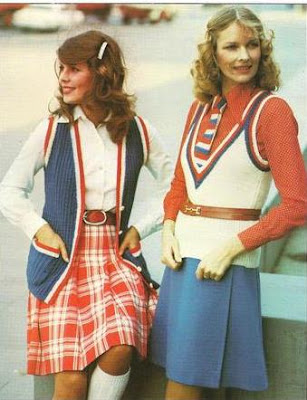 Susan spurned the macramé tie for a crochet one 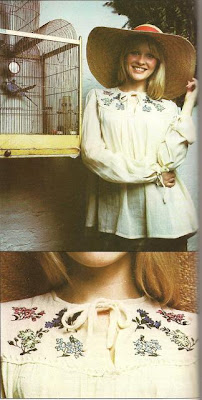 My mum had a very similar top. And hat. And hair. 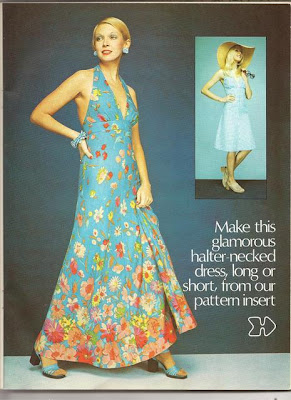 Don't worry though, children aren't forgotten. In addition to the 'Tumpty' dress for little girls, and a chicken shaped 'nursery seat', you could knit this all in one for your baby. It's charming I suppose, but just imagine it after a day of crawling, and with a full terry nappy underneath! 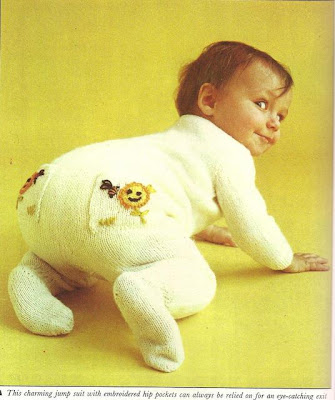 I hope you've enjoyed this glimpse of crafts and fashions past. Here's what we could have enjoyed in the next issue: 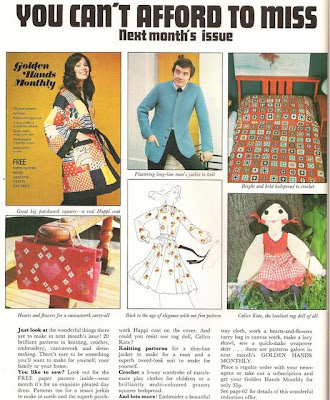 Now I guess my other half will never get to own the flattering long-line man's jacket. Sigh.
Posted by Lakota [Faith Hope and Charity Shopping] at 16:58