Ta-dah! Tuesday - In which I discover my destiny...

Hello...is it me you're looking for?  Following on from last week's brief addiction to YouTube, here's another way to waste your life 5 minutes if you're bored. Finding out which celebrity you look like! Remember how horrified you were that time a drunk old man in Wetherspoons told you that you look just like a character from Coronation Street? The one with a face like a slapped arse and 20 years on you? Or the momentary thrill when your ex-boyfriend told you looked a bit like Mylene Klass? If it was dark and she'd put on 3 stone?  Well, why not relive those moments with me and upload your photo to this utterly useless website I found recently?

Here it is - the Celebrity Look Alike Generator - or as I prefer to call it, the 'Which balding old man do you least resemble? Generator'. Choose your latest least hideous photograph - aka Facebook profile pic - and let the magical face recognition gremlins do their work. Want to see?

Wow. I can't believe no-one ever mentioned how much I look like Michael Bloomberg, 70 year old mayor of New York City. Or star of Jaws, and rakish moustache wearer Richard Dreyfuss. I had no idea who the last dude was, but apparently Joseph Biden was the 47th Vice-President of the United States. Sorry Joe. And he's 70 as well. I mean, seriously?? No Richard Gere? No George Clooney? Sheesh, if I MUST be a silver fox I'd even take Philip Schofield over this lot. Ok, I did get Melanie Griffith as well, but I'm not considering that as much improvement.

Maybe it's a recent phenomenon? Perhaps turning 36 has turned me from a fresh faced nubile young thing into celebrity Grandpa. I'll try a photo from a few years ago: 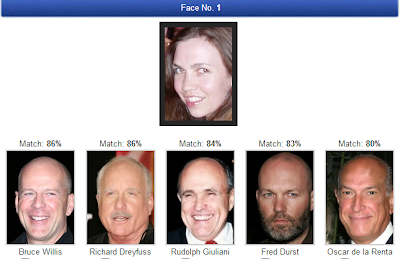 Ok, Richard Dreyfuss again. But in a very slightly different pose. That means I must look like him. [Note to self: buy Veet.] The only woman in the world who looks like Bruce Willis is his daughter Rumer, so we can assume that's a glitch in the matrix. But Rudolph Giuliani? As well as Michael Bloomberg? Well, spank my ass and call me mayor! It must be my DESTINY. I'm headed out for my first trip to the Big Apple next June - I'm guessing they're going to vote me right in.

I fared a little bit better on Face Double, as at least I wasn't told I was a man. I was however matched with either black or Latina celebs, which is not a problem aside from the fact that my skin tone, hair and eyes all scream 'pasty white English girl'. I can see that with our round hamster cheeks stunning beauty we might have something in common, but otherwise I can't say anyone is ever likely to get me and Gabrielle Union confused. [What do you mean 'Who's Gabrielle Union?'. She was in Bring it On as head cheerleader of the Clovers. Like, duh.] 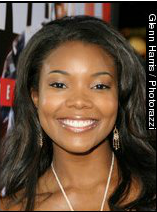 I can't say I'd be at all upset to be mistaken for America Ferrera either. That's assuming they were thinking of her as she actually looks in real life, and not this version: 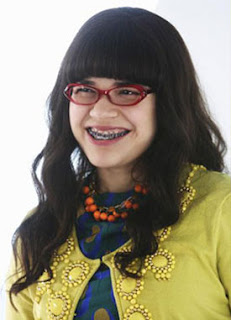 Yeah, I'm not publishing the pictures of me with a fringe, just in case. 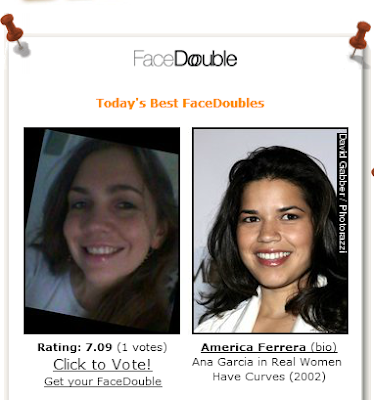 Basically, I think I have an old-school look. Celebs of today just don't gel with my style. I'm crap at hair much beyond a ponytail, so I'm not a blogger you'll see rocking pincurls or a beehive. Thank goodness for Yearbook Yourself. Check yourself out as you would have been from the 1950s to 2000. 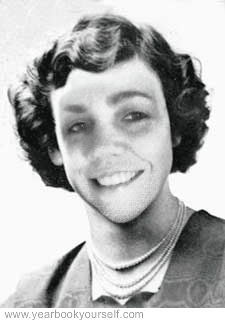 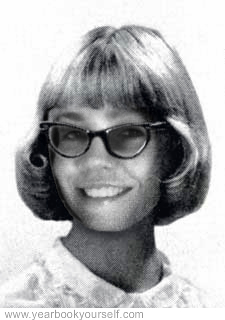 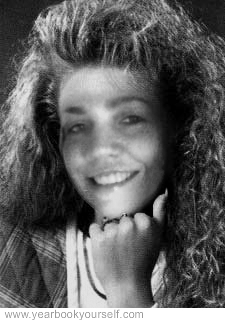 
What a timeless beauty, huh?

PS. I appear to have killed my laptop. I've been keeping up with everyone on my phone, and this post was done on the aged computer, but sorry for the lack of comments. I believe I've mentioned electrical appliances' short lives around me before - this is why I rarely hoover.

PPS. Oh, and link up anyway. I will read, honest! And tell me who you look like - I insist.
Posted by Lakota [Faith Hope and Charity Shopping] at 19:24

Email ThisBlogThis!Share to TwitterShare to FacebookShare to Pinterest
Labels: crazy, internetz nonsense, me me me, ta-dah Tuesday