If there's a bustle in your hedgerow...

...it's probably me, crashing about with a carrier bag full of cherry plums. I noticed that a couple of the local trees I stake out were starting to drop, so once I'd dropped the boys off at school I went foraging for windfalls. Obviously I'd prefer to pick them straight off the tree, but most of them were too high up to reach. If they've just dropped and aren't too battered they're fine to use after a good wash.

Cherry plums are the original wild fruit that most cultivated varieties of plum are descended from, and are so-called as the fruit is about the same size as a cherry. Some trees have red fruit and some yellow, and whilst you can cook them (they're often bit sour and small to eat raw) my favourite way to use them is to make plum jelly, or even better - plum vodka. I can't describe to you just how insanely good this is, so I'm going to share the recipe so you can make your own ready for Christmas. I know, I'm too good to you.

This recipe is double what I made last year, but it's worth making plenty. Obviously you can just adjust the proportions depending on the amount of fruit you have, and if you want to use gin instead, then go for it. 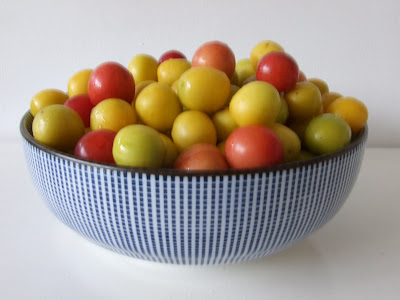 The fruit of my labours [sorry]


You will need:
2lbs cherry plums, washed but whole
16oz granulated sugar
6 or 7 cloves
couple of pieces of cinnamon stick
1 litre of vodka/gin (I got mine from co-op as I was there, but usually buy the cheapest nastiest corner shop gut-rot I can. There's no point in wasting Grey Goose on this, you're putting a ton of sugar in anyway). They ID'd me, despite me explaining why I was asking for 'your cheapest and largest bottle of vodka please!'. I am 34. Sigh.

Stab the plums a few times - my implement of choice is a corn on the cob holder - add all the ingredients to a large bottle (a funnel would be handy for the sugar, I don't have one so improvised with some rolled up paper), and shake vigorously (make sure the lid is on properly). You will be left with something that looks like a science experiment involving pond dredging. I'm using a big catering size squash bottle, but a large and well washed plastic milk bottle would do just as well. 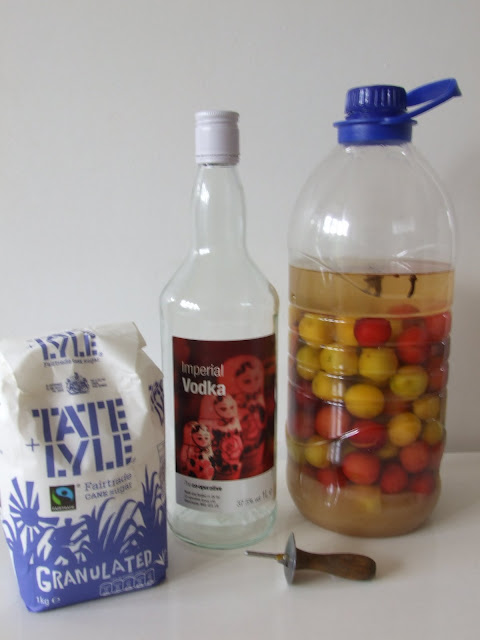 Can you see the tadpoles cloves?


Keep in a cool dark place, and shake every day, the sugar will gradually dissolve. The plums will go brown and shrivel over time, this is fine. I recommend leaving the fruit in the bottle for as long as possible and shaking it when you remember once the sugar has dissolved. I keep mine near the washing machine in the utility room so shake it when I do a load of laundry! As the months go by you'll notice the colour getting deeper as more and more juice comes out of the fruit. You'll probably need to top up with a little more vodka at some point too. Sometime in December, strain the liquid through a jelly bag and bottle up. It's not really essential to sterilise the bottles I don't think - not like it is for jam making - but putting them through the dishwasher first could be a good idea. I didn't eat the left over shrivelled fruit last year, but they'd probably make a very boozy crumble! 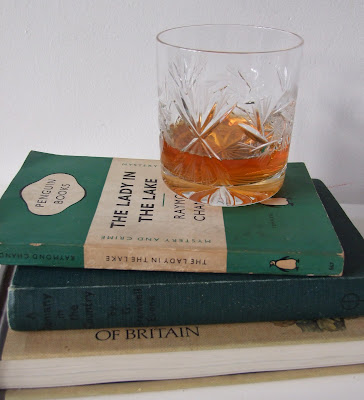 Last year's vintage! Made entirely of yellow plums.
This year's might be a different colour as there were a lot more red ones


The finished drink is smooth and slightly spicy, perfect for Christmas. You can drink it neat as a liqueur  (it doesn't burn your throat like dodgy holiday schnapps!) or make into a long drink with lemonade. Small bottles prettied up with a nice label and a pair of retro glasses would make a really lovely gift.
Let me know if you try it! This is going to be my Monthly Make for July over at The Felt Fairy.
Linked to Penny Pinching Party and Handmade Thursday


Edit: A few people have queried whether you can use other varieties of wild plum or those from the supermarket. Obviously it's cheaper if you get the fruit for free, but there's no reason why you can't use regular plums. If you do, you'll probably have to chop them to fit into your bottle - but you won't need to stab them. I would say leave the stones in too, as I think they may help with flavour. The only other thing is that you may need to adjust the sugar if your plums are very sweet? Maybe by an ounce or two, although I'm not an expert! My advice would be to make a small experimental batch (half my recipe), and make a note of proportions used so you can adjust for next year if necessary. You'll still need some to counter the vodka kick, but you don't want it tooth-rottingly sweet. If you don't like cloves - leave them out. I'm sure you could add other spices you might have and it would be just as good - maybe star anise?

Posted by Lakota [Faith Hope and Charity Shopping] at 11:12