I spotted one of these at North Cross Vintage in Dulwich when Mr FHCS and I were on a rare weekday out while the kids were at school. Vintage shops are often lazily described as 'an Aladdin's Cave', and I can't think of a better description for this one, but sadly you do also need plenty of the genie's cash to shop there, given its swanky gentrified location. The one they had on display was blue, but otherwise identical, and they wanted £15 for it. As it turned out, our trip was cut short by the school ringing my mobile to tell me that Boy1 had come off worse in a battle between the playground and his head, so I didn't have a chance to decide to overspend on a glorified money-box, and we whizzed straight back to pick him up. 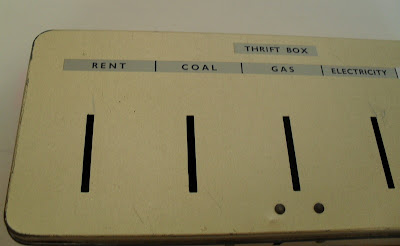 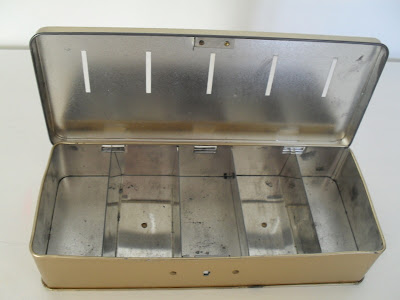 The key is missing, so I can raid it whenever I like

Anyway, Boy1 is fine, and our shopping hiatus meant I could get home and browse eBay instead. And I found and won this 'thrift box' for 99p. Bargain. Sorry, but we housewives need to prioritise our spending. 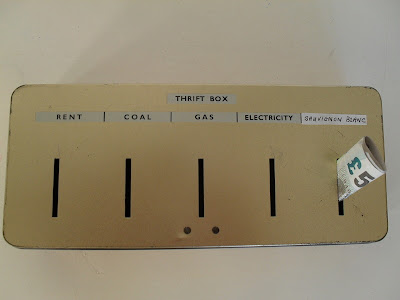 And we know what's important.

Don't forget to link up all your best makes, buys, outfits and achievements with Ta-dah! Tuesday tomorrow.