We took the kids to a local carnival and funfair yesterday, and between watching the local cheer-leading squad and being deafened by the boys clanging the bell on the train ride, I sneaked off and looked at some of the bric-a-brac stalls. All I picked up was a book for 20p, but it's a good one - Fancy Dress for Children by the marvellously named Barbara Snook.
Ms Snook is full of ideas for all kinds of outfits, but the whole book is basically sketches. There's the odd pointer as to materials, but no detailed instructions. For example, the Demon King's crown is captioned 'Black with red jewels, fruit gums on fine wire'. Or you could send your child off to the party dressed as a crab - only gardening gloves, tights and ping-pong balls stand between her and that first place rosette. 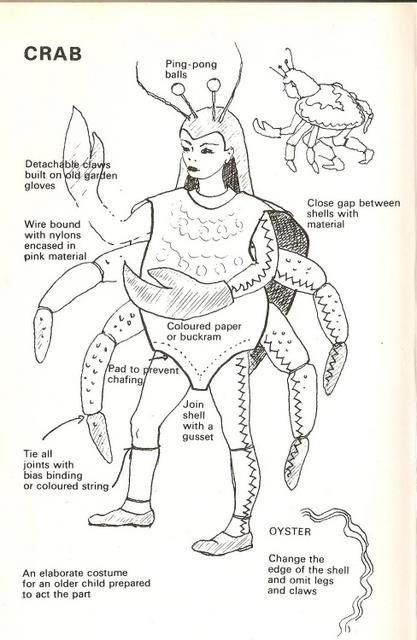 Costume designers on Doctor Who started here
There are lot of costumes based on slightly dubious cultural stereotypes - Sheiks, Rajahs and Gypsies abound, and basis of their apparel is apparently night attire. We are told sternly that the pyjama coat and trousers of a Mexican should NOT match, a blue coat and apricot pants are often worn together. And I imagine that only in 1969 would a book suggest that a child go to a party dressed as a cigarette! 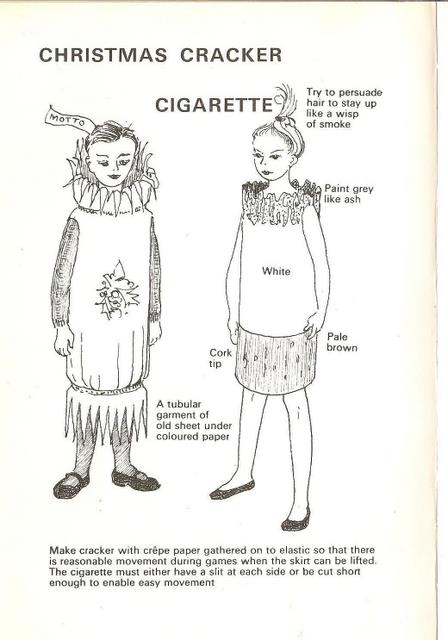 I particularly love the hairdressing hint
Where this book excels though, is in the unexpected costume. We've all seen a toddler look adorable as a ladybird or bee, but when you get that letter home from Nursery explaining that Ruby is to be a limpet in the Nautical Nativity, where do you turn? Why, page 89 of course! 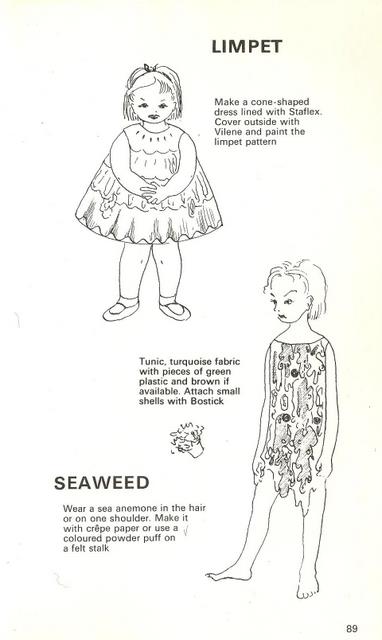 Poor big sister seaweed looks rather sulky.
That would have been me. 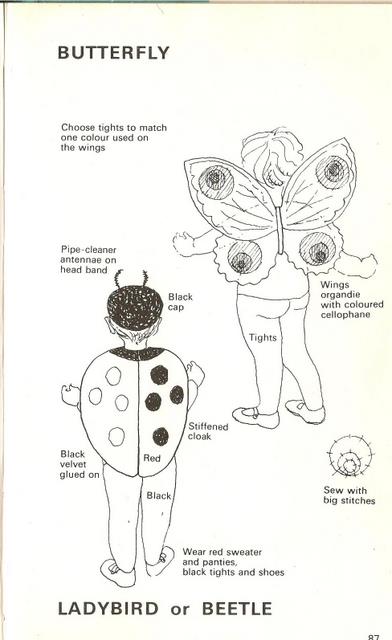 Cute as a butterfly bum is, don't forget the tights.
How about a Belisha Beacon* costume for a tall skinny child? Or a Saucepan, on the Boil, made from corrugated cardboard, with cotton wool spilling out from the top. Snook helpfully suggests that 'This can be worn by a very plump child'. 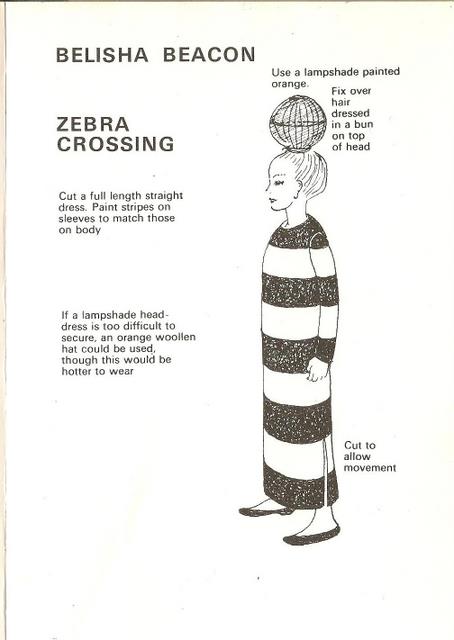 Eley Kishimoto S/S 2011
In the introduction, we're told that 'the essence of a successful fancy dress is in its immediate identification. It may be witty, even topical, but never obscure'. Hmm. There's nothing esoteric about a child sprouting footware from every limb. I'm sure we could all immediately identify him as a nationwide chain of chemists... 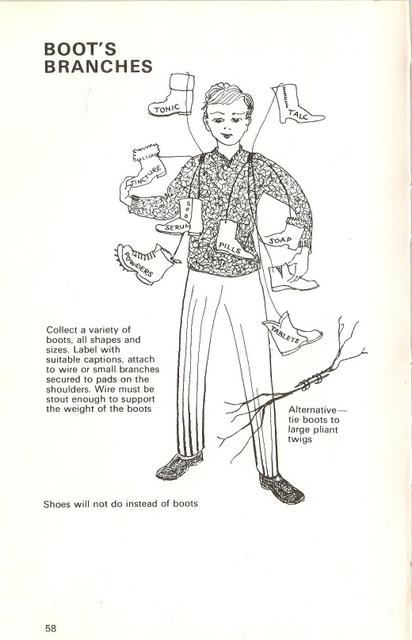 And what about the child wearing a top-hat and tails, carrying crampons and an ice-pick? Why of course! A Social Climber! I can also just picture the 6 year old Chaucer fan begging to go as the Wife of Bath, as opposed to a Princess. Who wouldn't want a necklace of bath-salts and pumice stone? 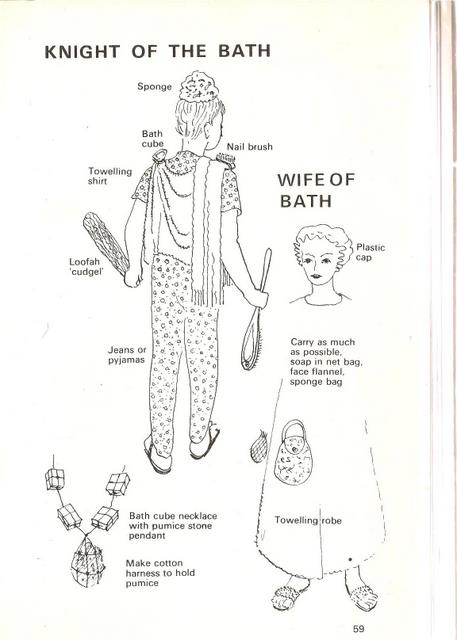 I leave you with my absolute favourite though - the Bird Table! Put aside the horror with which a small child wearing peanuts would be greeted at most school events - and consider the craft implications. 'The success of this SIMPLE costume depends on the care taken to model each bird accurately'. Yeah, cos constructing a lifelike goldfinch, blue-tit and sparrow from papier-mâché and feathers needs no tutorial... 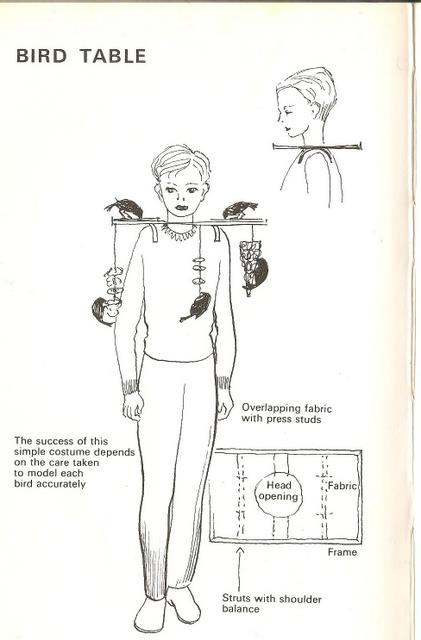