Hello again! I've finally got round to posting about a few bits and pieces and I've bought over the last month or so. I had thought I'd wait until there was actually some light available, but as it looks like we're in for Biblical rain for at least another week, I've either used the original eBay photos or just photographed them anyway in the brief seconds where the sun peeked through the cloud hanging over London.

Given the fact that I've been hibernating on the sofa again, eBay was obviously the destination of choice, although I bought these vintage boots back when it was still warm, thinking I'd get use out of them later in the year. They've been worn loads the last couple of weeks, as they're fleece lined and also waterproof. They're comfy too, and easy to walk in. Win. They cost £15, and I paid for them by eBaying the launch issue of Mollie Makes - yes, the one with the infamous crocheted apple cosies. I got £20 for it, and as it had 25 watchers - and I've seen issue 2 go on a Buy it Now for £28.99 (!) - the Mollie madness clearly hasn't abated yet! 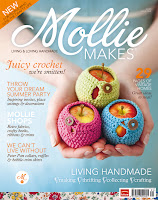 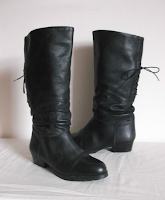 
Ages ago I took this photo at vintage sellers Birdy Num Num's stall at some event or other - I was quite taken with the crown brooches, and thought they'd look good against a denim jacket. However I decided £12 was a bit pricey for costume jewellery and just snapped a picture to remind myself to look out for something similar. 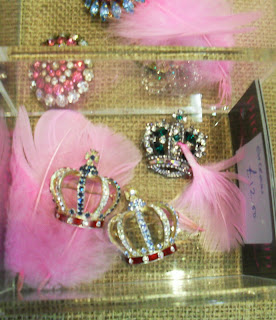 Anyway, with the Jubilee this year I guess people are digging out anything royalty related, and I bought this with the extra fiver from the Mollie Makes sale. 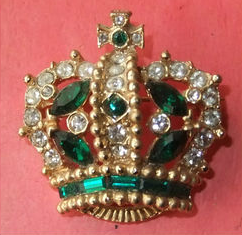 It was listed simply as 'Crown Shaped Brooch', condition vintage, 35mm. It's signed 'Bellini' on the reverse - an American company - and just out of interest I did a little search to see what it brought up if you include the maker's name. Want one like mine but in royal blue? Yours for just $300.00 For 185 quid I'd like those rhinestones to be real sapphires please! And I'm a bit confused as to how the condition can be described as 'mint' when the seller goes on to point out a missing stone. Mine really is mint though, so I'm open to offers... 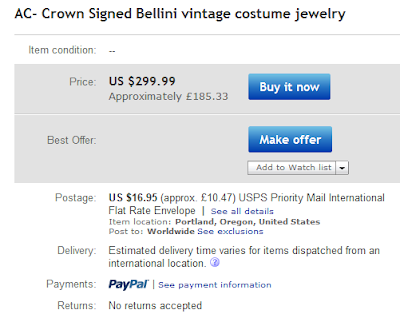 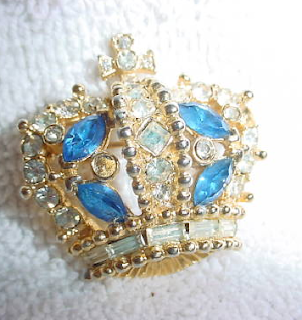 Somehow I'm guessing my brooch isn't really worth a king's ransom - but there are also red and topaz versions on sale for up to £50. So it was still a good buy, and kind of justifies my splurge last week on these earrings - also from eBay. Boy2 calls them my 'flying saucer earrings' and has decided they're inhabited by aliens. 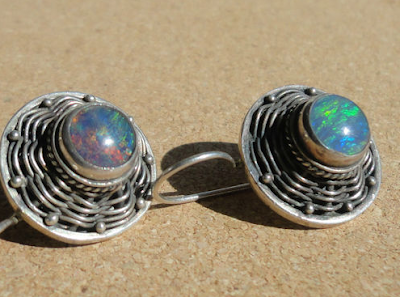 
In Edinburgh we mainly did touristy things - the charity shops on the Royal Mile really did have royally inflated prices - but I did very briefly pop into Armstrong's vintage shop, as several of you recommended it. Definitely one to explore with more time and without small boys, but I did grab this German leather patchwork bag. 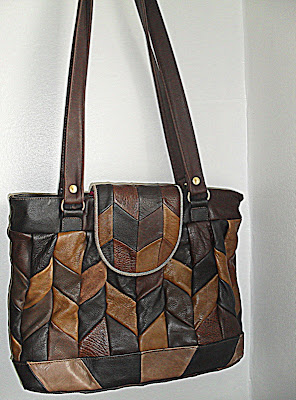 I also need to show off the amazing bag that the lovely Emma of Ivy Black Chat made and I won in her blog giveaway. Isn't she clever? It used to be a Primark dress but is far more fabulous in its new incarnation as it's now a complete one of a kind. I love it but it's sadly been too wet to use it much recently: 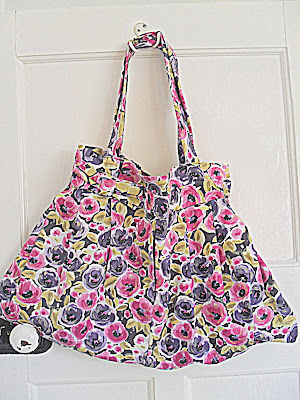 Once again I seem to have managed to buy accessories and still don't have much in the way of a functional wardrobe - although I am trying and also got jeans and two tops earlier in the week. Oh, and a policeman's outfit with a foam walkie talkie, although that was for Boy2. I got this slightly bonkers necklace as well, although I was thinking of LaSophia when I picked it up. If you haven't seem her blog, go and check it out. She's a gorgeous Mexican mama to be, living in sunny Sacramento, and always has great outfit posts. Let me know if you want the crazy necklace Sophia! 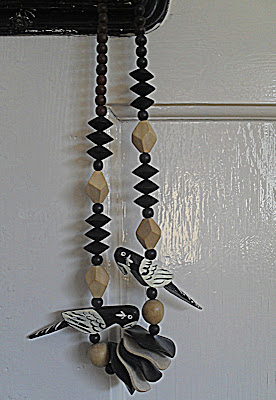 And finally, talking of buying things for other bloggers, thanks to everyone who has signed up to Faith Hope and Charity Swapping this year! I'm so pleased to hear that so many people have made new friends through the previous swaps. There are loads of people once again, from all over - I'm checking out blogs and beginning to pair everyone up, so apologies if I've not commented for a while. I'll be checking out what everyone's been up to this evening. If you want to get involved and get a fantastic parcel from another blogger - then there's still time to sign up. Click HERE for the rules and to add your name. 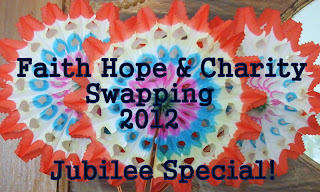 This post is shared at Her Library Adventures
and
Me and My Shadow - Magpie Monday
Posted by Lakota [Faith Hope and Charity Shopping] at 20:30