Let them eat cake, and a winner.

Hello, sorry it's all been quiet for a while. As usual at this time of year, I'm a flap, thinking about birthday parties and baking birthday cakes. The boys have their big days within 2 and half weeks of each other, but ever since we all got some appalling vomiting bug over Boy1's first birthday and I wasn't able to finish his cake - let alone entertain party guests - March has loomed over me like GCSE coursework every year.

I know, it's stupid, the kids themselves are excited regardless and have never claimed their birthday was ruined or anything so melodramatic, but it's the one area where I become totally neurotic. If I'm not monitoring the outbreaks of D&V in nursery and working out how many days grace we'd have to get ill and recover before a party (yes, it's happened again since that doomed first birthday), I'm convincing myself that they'll one day be discussing the inferior frosting on the dinosaur cake with their therapist. 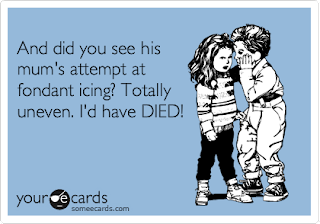 I blame my mother. I always had such fantastic birthdays, with themed cakes depending on my interests at the time - fairy toadstool house, magician's top-hat, signed photograph of Tom Cruise [yeah, I got fancy cakes right into my teens. And I fancied him before he became an unnervingly white-toothed sofa-jumping mentalist. Now, not so much] - that I  feel anything less would be letting my kids down. Imagine - just being able to sling a Ben10 'celebration tray bake' in the trolley and job done! But I was brought up with a healthy disdain for 'supermarket cake' - thanks again, Mum - so why not make things difficult for myself and make an edible model of a Nintendo DSi? [You'll notice I'm not Mumzilla enough to pay someone who's actually competent to make it for me - I prefer to suffer and spend £150 on something which won't end its life as a handful of crumbs in a novelty serviette].

It doesn't help that I have several Facebook friends who are professional cake makers, forever posting photos of creations which wouldn't look out of place at the Palace of Versailles. 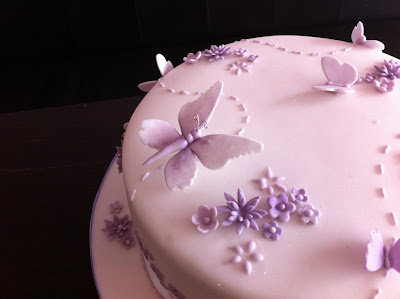 Made by my talented friend who opened  PMT cupcakes tea room last year.
If you need a properly impressive cake - contact her @PMTCupcakes

Mine taste good, but I've never been on a cake decorating course, and most of the year no-one expects my Victoria sponge to resemble Captain Hook. Mary Berry isn't there on the Great British Bake-off saying "it's delicious, but I'd have enjoyed it so much more if it was shaped like a Victorian steam engine". [It had cotton wool steam billowing from a mini roll funnel. In case you're wondering]. If I'd made the same cake twice a year for seven years, maybe I wouldn't have this problem, but there's been little opportunity to practise making a giant lego brick before now. 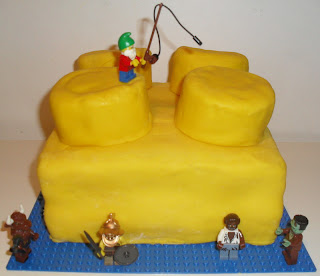 Boy1's 7th birthday cake
Despite appearances, this cake was not moulded from play-doh by the chubby digits of a three year old child. 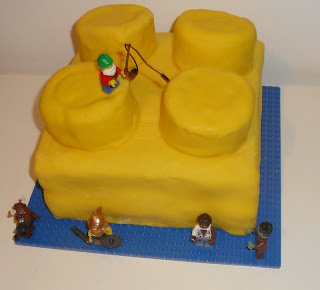 Pin It
Anyway, he liked it - or the five new mini figures I decorated it with - and I breathed a sigh of relief before surveying what was left of my house following a three hour party for ten rampaging children. And remembering I have to do it all again in 10 days time.

Anyway, this lengthy ramble was supposed to explain my tardiness in choosing a winner for my fabulous blogiversary giveaway. So, as chosen by the random number generator, congratulations to number 6 - aka Alice from An Alien World. Please could you email me with your address?

Hello as well to new followers - I've a load of blogs to catch up on, but do drop me a comment so I can come and say hi.

No more lego now, I promise.

Linking up to Handmade Thursday


This is a subtle subliminal message ... nominate my eBay posts please...in the BiB awards...laugh category...closes tomorrow...thank you...
Posted by Lakota [Faith Hope and Charity Shopping] at 19:06