I had a great response to my first ever giveaway - who knew pyrex jelly-moulds would prove so popular? It closed yesterday, so I settled down last night to torture myself with the latest episode of Glee (it's a love/hate thing) and Mr Charity Shopping independently adjudicated the draws a la National Lottery. Incidentally, perhaps my American readers can shed some light - is the name of the Glee club supposed to sound rude or is it my British ears hearing American accents? I mean, Nude Erections? Seriously? Anyway, I digress.

I started with the draw for the craft magazine. First name out of the cut glass and silver dressing table pot - or was it a tupperware from the kitchen - who can tell when bloggers fib?  - was: 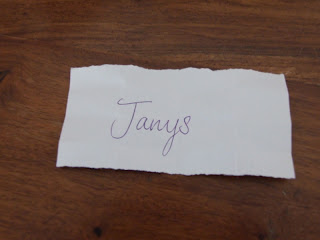 Hope you get lots of crafting inspiration Janys.
Next up was the Cath Kidston book Stitch with a free cross-stitch project, which will be winging its way to: 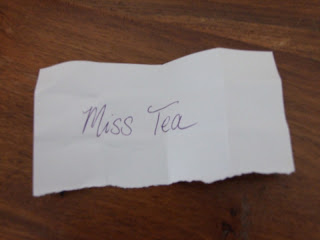 Tea and cross-stitch and Antiques Roadshow and you'll be more British than me!

And finally - drum-roll - the winner of the much coveted jelly-moulds is: 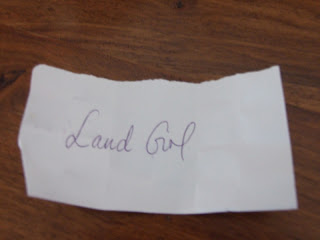 LandGirl1980! I expect to be seeing those cucumbers in aspic or another war-time treat please.

Could the winners please email me their address details at charityshopqueen@gmail.com and I'll get the prizes in the post. If you didn't win, then not to worry, no doubt I'll do another giveaway on a spurious premise in the not too distant future. I reached 100 followers yesterday, but maybe that's a little soon ;-)

Finally - at the request of  Mizz Scarlett - here's a picture of the pirate cake I made for my 3 year old's birthday. You can't tell so much from this photo but I had a bit of a disaster with the victoria sponge and it's several broken bits welded together with vanilla buttercream! Still, he liked it. Professional cake decorators look away now. 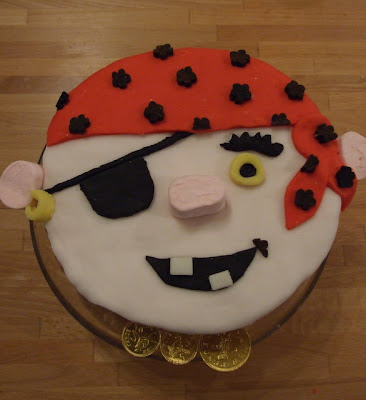 Shiver me timbers, it's the fearsome Cap'n Marshmallow
Enjoy your Tuesday everyone. I have craft group tonight and have been frantically practising my crochet all week. Tonight's the night for granny squares. Very exciting!﻿
Posted by Lakota [Faith Hope and Charity Shopping] at 10:32

Email ThisBlogThis!Share to TwitterShare to FacebookShare to Pinterest
Labels: competition