It's been way too long. Thanks to those who have emailed or called me in my absence, I'm now officially a Home Counties mama instead of a Sarf London mum. There's plenty to do on the house, but the garden keeps drawing my eye to the window and I find myself gazing vacantly out, not achieving very much. I have plenty of my usual random nonsense to get around to writing about, but in the absence of any actual Springlike weather here's my Kate Humble-esque nature report from Hertfordshire. [You'll have to imagine me in a fleece, the odd leaf tumbled artlessly in my pre-Raphaelite locks]

Wood pigeons are even stupider than I always suspected. Did you see this picture on Yahoo? [It was a slow news day, obviously]. I have something similar on my kitchen window, after a collision sounding and looking like the Grinch had lobbed a Christmas turkey at it with some speed. 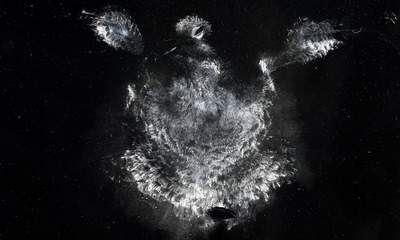 It flew off, then it or one of its equally dozy cousins did the same thing to an upstairs bedroom a couple of days ago. When they're not being kamikaze at our windows they tend to strut around the garden, puffed up with their own importance, giving the ladies piercing looks and shitting all over the lawn. [Only one of those things doesn't make me think of Paul Hollywood off Great British Bake-off]. One met an untimely end at the claws of a sparrowhawk in next door's garden - we'd already seen him narrowly miss a siskin in our own - which was unfortunate for the pigeon, but another exciting day for the twitchers in the house. That's all of us, with the possible exception of boy2. He insists on referring to certain avian visitors as 'Batman birds' and 'the boy wonder'. [He has a pretty good sense of humour for a 5 year old]. Incidentally, the boy wonder has made a nest in the ivy on our fence, so we should have baby robins soon. 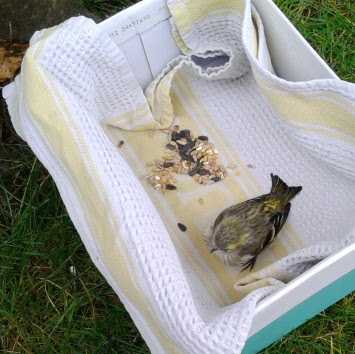 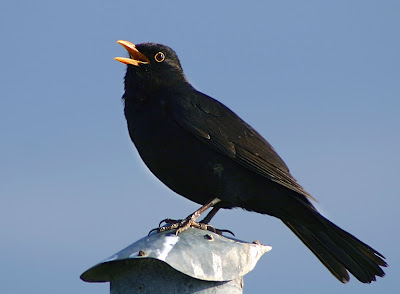 Squirrels are annoying little buggers. The seeds of this thought were planted long ago when one ran up my leg in Singleton Park, Swansea when I was about 8. It shot down a tree and up my sock about as far as my knee before exchanging an alarmed look with me and running off. [I once had a lost homing pigeon land on my head too. Evidently I resemble Nelson's column]. Still, I'm fond of wildlife in general and boys were pleased that 'Squirrelly' appeared to have made the move with us from our old house. I don't mind him helping himself to a few peanuts or sunflower seeds from the birdfeeder, but I do object to him then burying said peanuts in my newly planted rocket - merrily digging up seedlings as he does so. Also running off with not one but two entire fist sized suet balls hung up for the birds is just plain greedy.

Apparently there are black squirrels locally. Now if that doesn't sound like some kind of witches' familiar I don't know what does. Cute though. 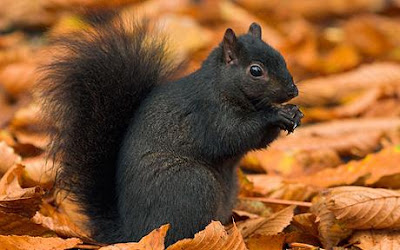 Far away Tawny Owls manage to sound just enough like a crying child to make me go upstairs and stand outside a bedroom door, listening intently. Hearing nothing, I return to my Sons of Anarchy boxset only for them to do it again. Outwitted by an owl. I must be losing it.